Strategies that facilitate the release of tension are mindful breathing, progressive muscle relaxation, meditation, or yoga. Applying these techniques seems to decrease employees’ stress levels as well as to improve employees’ sleep quality and inner balance (Wolever et al., 2012). Effective tension release contributed to greater well-being (as measured through increases in one’s job satisfaction and life satisfaction) only when the person who used such tension release strategies was not a high-self-leader. If a person was a high self-leader (that is, he or she used a lot of self-leadership strategies (i.e., strategies to create constructive thoughts, effective behaviors, and intrinsic rewards), the high use of self-leadership strategies explained why the person also experienced satisfaction with their personal life as well as on the job.

(2) The Pursuit of a Healthy Diet

Employees’ access to healthy nutrition is frequently addressed by organizations’ comprehensive wellness programs. Such wellness programs tend to be evaluated by whether or not they increase employees’ job satisfaction and performance (Parks & Steelman, 2008). Comprehensive wellness programs ordinarily consist of interventions to increase employees’ engagement in physical activity and provide information about healthy dieting and nutrition. A meta-analyses of wellness programs revealed that employees who engaged in physical vitality activities showed a decreased level of absenteeism and increased level of job satisfaction (Parks & Steelman, 2008). Due to the lack of empirical studies one can only speculate about the outcomes of dietary interventions, such as the sustainability of physical exercise and/or healthy food intake, or the impact of (un)successful healthy dieting on well-being.

An affiliate of The Leadership Practice, Psychology Consultations Inc. 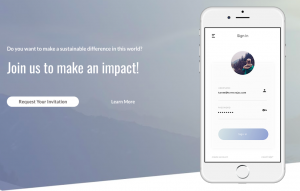